For 10 years we’ve partnered with the best brands in NZ, Australia and beyond. We focus on UX and human centred design, creating world-class digital experiences.

Director and Founder, Nic Gibbens created PaperKite in 2010. The early days saw PaperKite build mobile apps, based in Nic’s spare bedroom, then upgrading to a small Wellington city office. It was a time when iPhones were poised to hit the mainstream, and Nic left his day job as a Web Technologies Manager in the banking sector to explore app development. Initial projects saw Nic working with a friend to create his first app, then built up to a close knit team of four. It was a brave move that quickly picked up momentum – businesses were keen to explore this new technology and PaperKite became a leading developer of mobile app technology. The early days saw apps built for the All Blacks, the Metservice and The Treasury.

“My idea was to help companies build apps and to help shape those experiences with them, and over time, we ended up becoming a decent sized company that does that for a range of clients. We’ve morphed from being just the app development company that we were at the beginning, and now we’re really concerned with generating better digital experiences and outcomes for our customers, and that’s been really fun.” 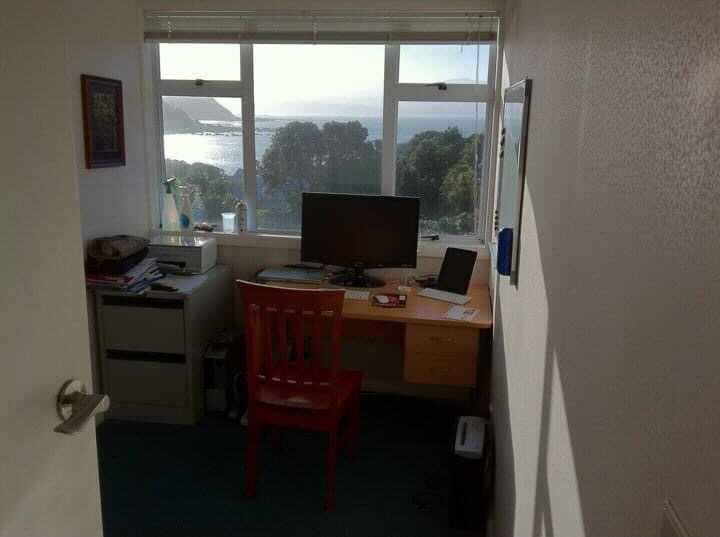 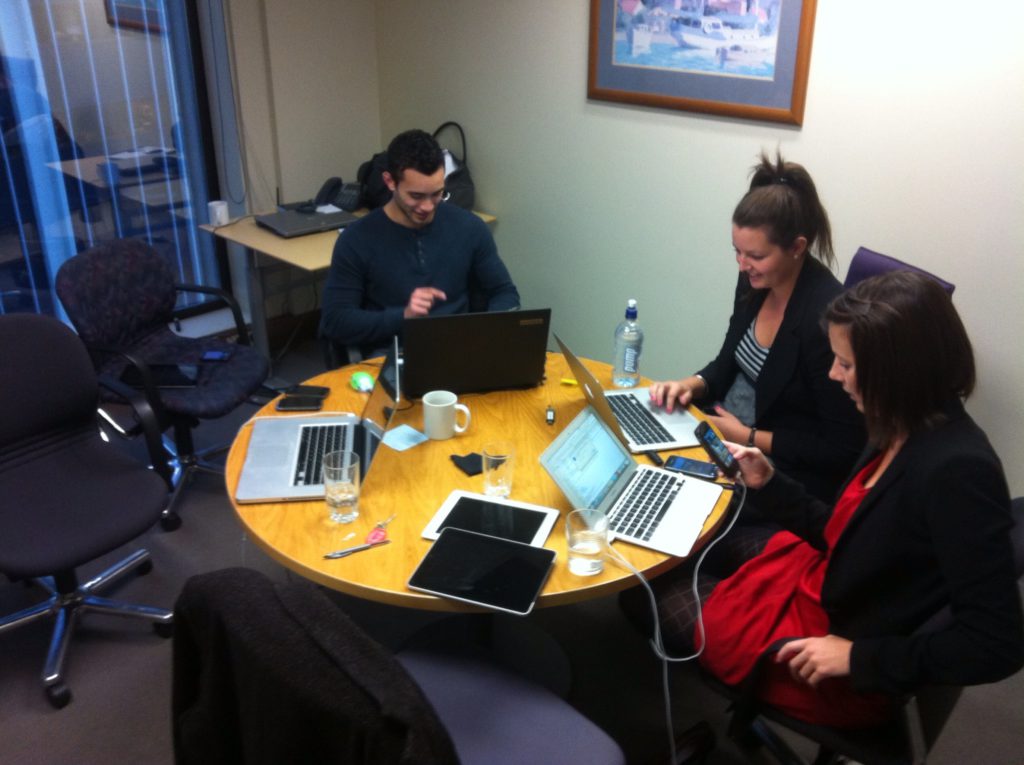 While there are a lot of complex factors that allow a kite to stay in the sky, for the person flying it, their experience is one of wonder and enjoyment. And that’s how we approach all of our products – by masking the technical complexity and focusing on the humans we are designing for.

As the business grew and our brand became more established, new opportunities presented themselves. 2015 saw a PaperKite team head to Apple HQ in Silicon Valley to collaborate with Apple on the first version Apple Watch software, and develop apps for the launch of it’s new hardware. This was also the year the team won a Gold Award for Emerging Services in the Wellington region and partnered with BP NZ to create the Southern Hemisphere’s first mobile fuel payment solution – BPMe.

PaperKite also started adding more digital solutions to its service offering. Rather than limiting services to the development of mobile apps, the team saw opportunities in creating better digital experiences – interactive digital displays, point of sale technology, using voice and chat bot technology and so on.

For the last 10 years we have relentlessly focused on creating a team that is driven by the idea of delivering superb customer experiences through technology. We have found that having a team that is fascinated by ‘the art of possible’ allows us to produce outstanding products and experiences that continually help to secure significant customer connections for our clients. We’ve continued to partner with some of the best brands in New Zealand, Australia and beyond. PaperKite remains focused on the user’s experience, incorporating human centred design into the world-class digital experiences we create. 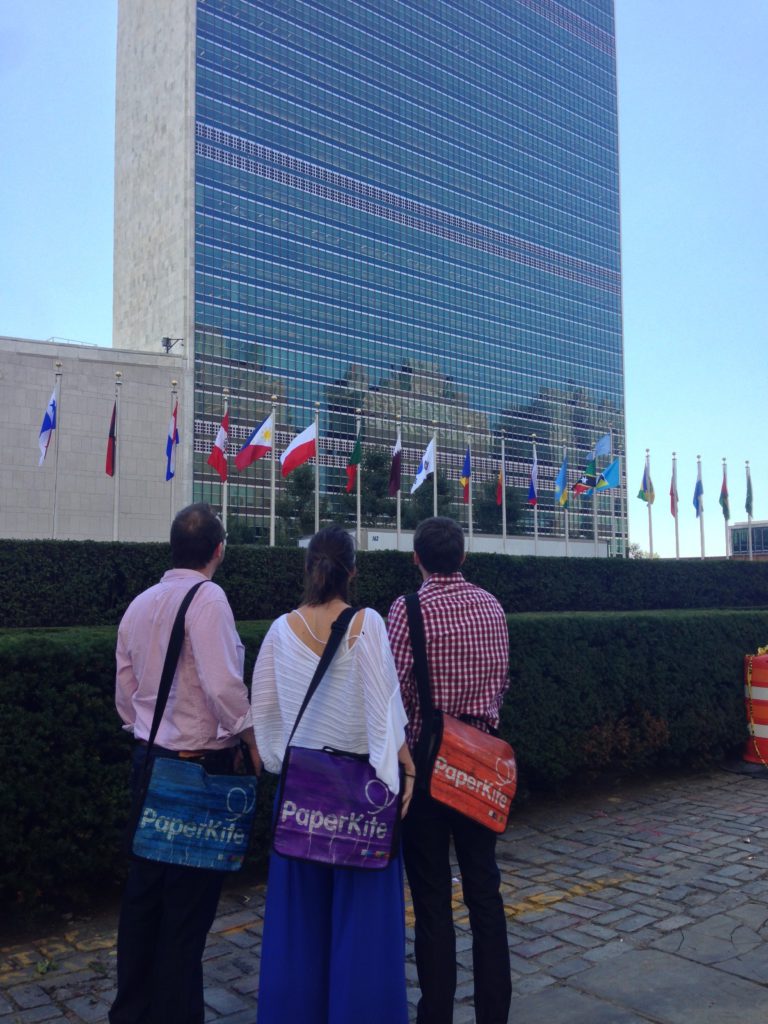 Our talented and varied team have expertise across a wide range of disciplines: user experience, product design, mobile app development, web and platform engineering, quality assurance – the list keeps growing! We strongly believe that by pairing our fantastic people in partnership with our clients, we can get a deep understanding of what a great customer experience should be, and generate the best digital outcomes.

Our passion project this year was initiated by the threat of Covid-19. We needed to react quickly and take stock of how we could support the New Zealand response, and local Wellington businesses. Our response was Rippl – a privacy-first contact tracing app that was designed and released within an impressive 3 weeks.

“Adversity brings opportunity to help solve problems,” and so many people in our line of work are just fascinated with solving problems and big problems can actually generate some really exciting answers that will push us forward. So look out there. See how you can help, and you’ll find that people will want you to help them.”

Just as our end users are front of mind when we build our digital products, our PaperKite team are front and centre for us as a company. We recently promoted Priya Bhana to Director of People & Culture, joining the Senior Leadership Team to recognise the need for ongoing investment in our people. Priya leads our integral People Experience Strategy working through initiatives to ensure we all thrive in an environment where everyone’s contributions matter, we are challenged in everything we do and every PaperKiter is a valued member of our vibrant community of amazing people – we believe in embracing our collective genius. With a diverse range of cultures and backgrounds we truly believe our differences make us stronger.

This year saw us move into a custom designed new studio, with a lot of thought and effort put into our shared spaces and flexible workspaces. It’s amazing to be in a workspace that ‘feels’ like PaperKite, and we’re enjoying sharing it with Tech Meetups and other community events. Critically, our studio was designed for us to do our best work after canvassing our team and hearing what we needed as a collective.

“One of the reasons we invest so heavily in our office is because we love to be there, we love to be together and embrace that collective genius that goes along with it”

Looking ahead to the next ten years

This year has truly been a year of uncertainty. Covid-19 has made us more proactive in our client relationships and support of our team. We’re in the fortunate position of being able to support our clients in a rapidly changing digital environment, and provide technical solutions such as contactless delivery.

Our new look Senior Leadership Team will be focusing on supporting our clients with their user research and discovery projects, maintaining our position as the leading mobile apps developer in New Zealand and leveraging a wider range of technology solutions that enhance digital experiences. That will see us building up additional skills in Conversational UX, where chat bots, voice recognition and digital humans are ushering in new ways to engage with customers. We look forward to continuing to serve as leading technology creators in the Wellington region and beyond.

“Our history reminds us of the many highs and lows of the past and in 2020 we have some significant memories and sacrifices made that none of us will forget. Looking forward, past our first 10 years in business, PaperKite will continue to deliver on our promise of Better Digital Experiences with a renewed passion for purpose and a desire for social impact to the work we do.”